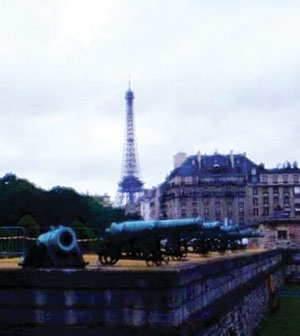 With more well-known landmarks than just about any other city, Paris challenges the visitor to decide which ones will make the cut before the return flight.

The iconic Arc de Triomphe, midway on the Champs-Élysées, was conceived to honor those who fought for France during the Napoleonic Wars, but also now memorializes those who have since fought for it.

Chiseled into its walls are the names of the hundreds of battles fought by Napoleon’s  Grand Armée, and its friezes, figures and bas-reliefs make it something to be seen up close.

The World War I Tomb of the Unknown Soldier and its Memorial Flame sit directly beneath the arch. In a practice which continued uninterrupted during the German occupation, the flame is rekindled each evening by former combatants.

Today it’s dominated by a giant Egyptian obelisk that once marked the entrance to the Luxor Temple.

Decorated with hieroglyphics dating to the reign of pharaoh Ramses II, it was given to the French by the Ottomans.

Its gold-leaf cap, added in 1998, replaces one missing since the 6th century BC.

It was here that the revolutionary government guillotined King Louis XVI and other notables including Marie Antoinette and Maximilien Robespierre.

Adjoining it to the east are the Tuileries Gardens and a treasured trio of art museums: the Galerie Nationale du Jeu de Paume, the Orangerie, and the Louvre.

Two blocks away down the Rue Royal is the Eglise Sainte-Marie-Madeleine. The distinctive design of this Catholic church is inspired by the Roman temple Maison Carrée at Nîmes.

The front facade frames a sculpture of the Last Judgment, and bronze entrance doors bear reliefs representing the Ten Commandments.  One of its first official functions following its 1842 dedication was the funeral of Frederick Chopin.

The Place Vendôme is a square located north of the Tuileries Gardens and east of the Église de la Madeleine. The column at its center was erected by Napoleon to commemorate his victory at Austerlitz.

Modeled after Trajan’s Column in Rome, its spiraling bas-relief bronzes were made from captured cannon and depict Napoleon’s campaigns.

He stands at its pinnacle, bare-headed and crowned with laurels, a sword in his right hand and a globe with Victory statue in his left.

The Cathedral of Notre Dame is most often photographed from its famous front, but I find views of the magnificent flying buttresses which support its remaining walls at least as awe-inspiring and compelling, and the view of the river from this point is one of Paris’ most picturesque.

Few of the visitors taking selfies in front of Notre Dame, though, realize that one of Paris’s most unique and moving memorials sits only a stone’s throw away.

Built underground on the site of a former morgue, its long, narrow space and small rooms evoke the claustrophobia of imprisonment.

Urns containing ashes from concentration camps are positioned at both ends of its tunnel.

Along the walls of the dimly lit chamber are illuminated glass crystals, one for each of the 200,000 deportees who perished.

Inside, an eternal flame burns at the Tomb of the Unknown Deportee.

For something lighter in mood, follow the Rue Rivoli (walk or Metro) from the Louvre to the Place des Vosges.   When it was completed by Henri IV in 1612, few realized that this square would become the prototype for the residential squares of other European cities.

Homes around it are all built of red brick and stone to the same design. Notable past residents include Victor Hugo and Cardinal Richelieu.

It’s a great place to take a break from tourist site surfing, and to sit in its park under the linden trees.

The Place de la Bastille, birthplace of the French Revolution, is a four block walk away.

The Bastille itself is long gone, but a monument still marks the spot, and the Paris Opera now often performs at its Opera Bastille theater.

Next on this trip:  Sorting out Paris’s innumerable museums! 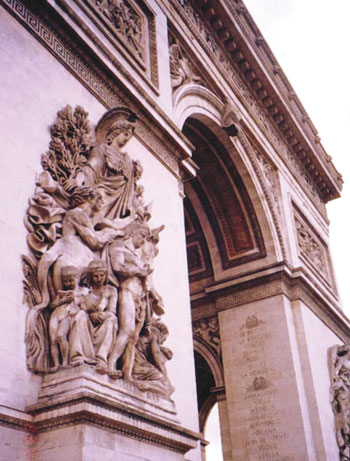 Figures on the Arc de Triomphe 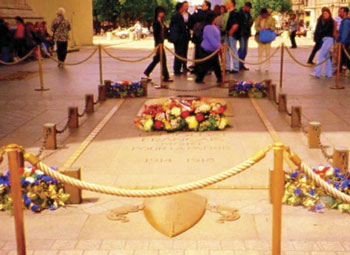 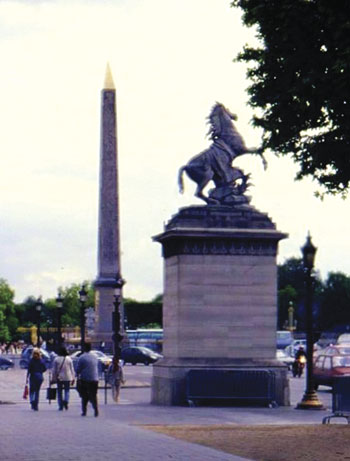 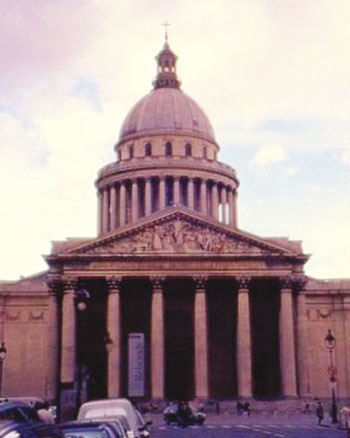 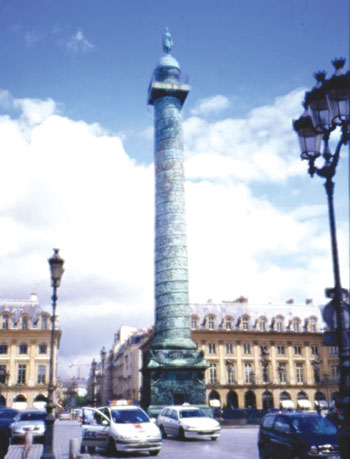 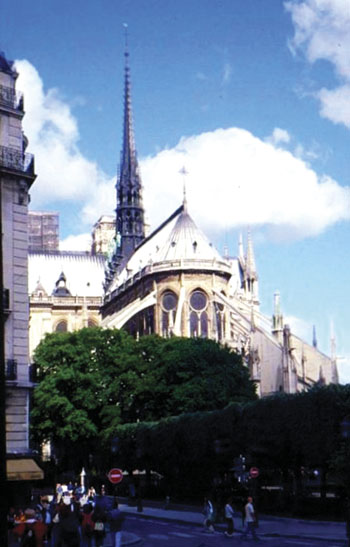 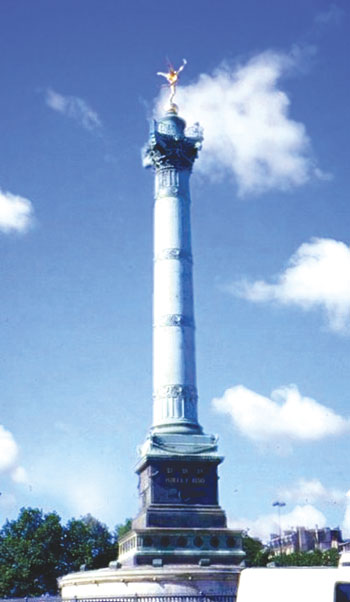