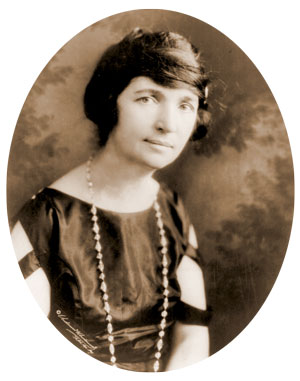 Margaret Sanger, born 1870 until 1966, once wrote “Woman must have her freedom, the fundamental freedom of choosing whether or not to be a mother or how many children she will have. Regardless of what men’s attitudes are, that problem is hers, and before it can be his it is hers alone. She goes through the vale of death alone each time a baby is born. As it is neither the right of man nor state to coerce her into this ordeal, it is her right whether she will endure it.”

Nothing has changed today.

As a nurse Margaret was aware of the effects of unwanted pregnancies, watching the health of her mother decline after eleven children.  In 1912 Margaret gave up nursing, dedicating her life to educate people about birth control.  In 1913, she was indicted for mailing ‘obscenities; she fled to Europe and in 1914 founded the National Birth Control League.

Hilary Clinton stated quite recently “Women’s empowerment is inextricably linked to security, economic opportunity, effective governance and social development. It is a simple fact that no country can prosper if half its citizens are left behind.”

There is no doubt since the women’s rights revolution took place, with the right to vote and govern, that societies as we know them today are stronger. The same can be applied to poverty; if you have a ruling number of rich but a majority of poor, no society can prosper without a strong middle class. If women do not have the right to choose, they will be kept in the kitchen instead of being part of the work force.

Mexico City Law legalized abortion in the first twelve weeks of pregnancy; from that time, 16 of Mexico’s federal entities have legislated to recognize the ‘right to life’ from the moment of conception, limiting the woman’s ability to exercise their right to health and choice.

Since then, according to Human Rights Watch, in 2010 the Supreme Courts ruled, all states must provide emergency contraceptives and access to abortions in the case of rape victims.  However, many women and girls face barriers to abortions after sexual violence, including misinformation and intimidation from officials.

Amnesty International 2012. “In the past years Mexico has approved a number of laws and institutions designed to protect women from discrimination and violence,” stated Rupert Knox “Much of the problem, however, lies in the lack of effective implementation of these laws and the weakness of the institutions.”

Women’s advocates are making slow but steady gains against violence and according to Maria Elena Alvarez, “We have made a lot of gains, but the women still do not use the laws, most don’t know their rights and we have trouble reaching them, most believe violence is in their destiny.”

The answer to these problems are local Community Centers where education is the right of everyone. Not just basic education but education in the rights of the family unit. Teaching empowerment and socioeconomic growth, and gaining the respect of society as a whole. Unless there is respect and equality between adults in the family unit, the children will have no respect for anything.

Whether we personally agree or not with everything “Freedom of Choice” covers, it is not our decision to make for someone else. This writer finds it absurd that women are still fighting for their civil rights since Margaret Sanger started in 1912. What is the world afraid of?