My first departure to Paris was scheduled for 9/14/2001, but the trip was delayed by the weeks of air traffic disruption in the wake of 9/11.

In the weeks until my postponed departure, it often crossed my mind that U.S. had now shared the experience of  Parisians rocked by bombs during Algeria’s war for independence, and Londoners reeling from bombings by  Irish terrorists.

I arrived in Paris months later to find that the 9/11 disaster still evoked great sympathy for Americans among Parisians.

The irony was that only weeks before, U.S. conservative pundits had rebranded French Fries as Freedom Fries to protest lack of French participation in its Iraq invasion.

There may be no other city written about, photographed, and blogged about more than Paris, which challenges anyone writing about it to offer a new take.

Paris is a city living very much in the present, but imbued always with a sense of its past.

Its monuments, museums, and cathedrals are milestones that wordlessly sketch out a millennium of history on its every street.

Paris is egalitarian in its appeal.  For the better part of two centuries, it has held the affections of old and young, the well-off and not so-well-off, students and artists of all stripes, and foreign tourists and expatriates.

Few cities are home to a greater wealth of world class monuments and museums, and the embarrassment of cultural riches creates for the visitor the problem of what to pick from more choices than a lifetime visit could accommodate.

But if the measure of a city is the power with which it arouses also the urge to revisit, few other cities continue to attract and engage visitors long after all of the sights have been seen as does Paris, because Paris is a state of mind.

Paris is the tranquil oases of verdant urban parks and intimate side streets.

Paris is cafe au lait and pain au chocolat.  And the Metro.

World-wise and world-weary, defiantly proud and self-assured, and infinitely elegant, Paris is a city that seems to have no doubts about what it is, and what it is not.

Come along on this visit, and I think that you, too, will fall into the rhythm of the Paris vibe.

The itinerary for this trip includes some of my favorite monuments and museums, and the upcoming posts  include a few sites that might not otherwise make the cut on your next visit.

They’ll include a Sunday afternoon at the Luxembourg Gardens, a morning walk through historically bohemian Montmartre, a day in Reims and the champagne country, a country drive among the castles of the Loire Valley, and a visit to Paris’s stunning Grand Mosque.

I’ve decided to forego a hotel room for a walk-up studio with loft bedroom, just a block from the intersection of the Boulevards Saint-Michel and Saint-Germain.

It’s within walking distance of many major sights and restaurants, and the nearby Metro and R.E.R. stations put it in easy reach of just about everywhere else.

By my third day I’ve become enough a part of the neighborhood that the barista at the  kiosk across the street has my “regular” drink working before I even step off the curb.

Come along on this visit, and I think that you, too, will be caught up in the Paris vibe. 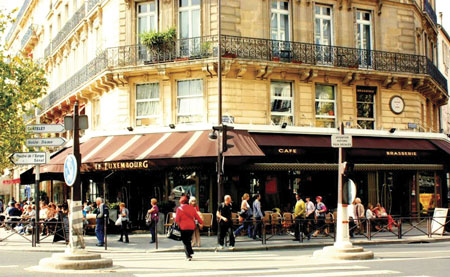 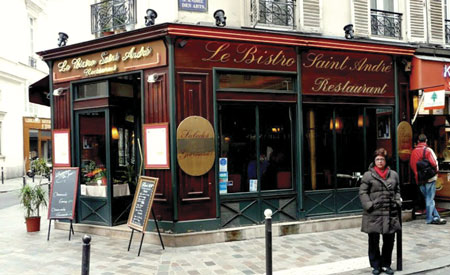 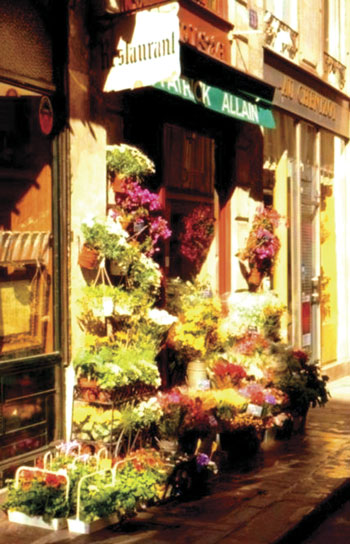 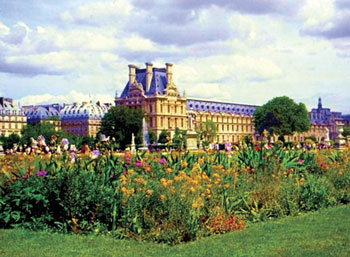 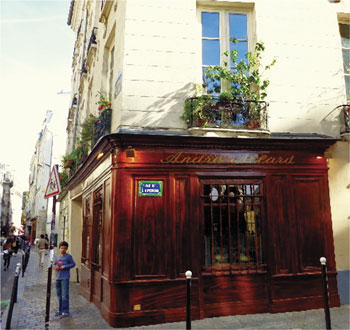 Restaurant Allard, Paris I’ve decided to base in Paris, venturing out on occasional day trips.