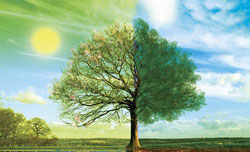 People who make Lakeside their permanent home, soon learn about the “low season” and the “high season.”  Which are the hands on our community clock. In the upper Midwest of the USA, we joked that we had only two seasons:  Winter and construction.

Here, the population at Lakeside shrinks significantly during the low season. From April until September there is a steady northbound exodus of people returning to spend their spring and summer in the USA or Canada.  Of course, the “high season” is when they return.

During the low season, there is less congestion on the roads, and most of the restaurants decrease their hours or close for an extended period of time so that they can make it through the low economics that accompany the loss of customers. And most of your favorite imported products are less likely to be available at the grocery stores as they try to shave their inventory in order to save money.

But this year, we have a third season: elections in Mexico. As foreigners living in Mexico, we are not allowed to become involved in politics, rallies, or protests. But that doesn’t stop us from observing what goes on around us. I’m not even going to pretend that I understand the difference between the various political parties. But what I do like is that Mexico has rules for the length of campaigns. Unlike in the USA, where it feels as if campaigning begins less than 10 minutes after the victor has been announced, and continues until the next election, campaigning in Mexico is limited to 90 days.

During these 90 days, the candidates work hard to get votes. Cars with signs and loud audio speakers circulate in the streets touting their candidate’s names and their promises. Their names and the party logo is painted on walls, and signs hang from balconies, front doors, back doors, walkways, and leaflets are shoved under your door, and on your car—simply put:  everywhere!   There are impromptu parades including drums and brass that signal where to direct your attention.  Town Squares, Malecons, parks and just about any public meeting place will often have rallies.

This morning a policeman redirected traffic around a parade as I attempted to leave Chapala. I turned around to exit Chapala through the Libramento instead of waiting out the parade. This can happen frequently during the election season. As typical of all things Mexican, the lead up to the election itself is filled with music, parties, and celebrations. However, on Election Day, all bars are closed. Liquor stores are closed, and Wal-Mart and Soriana have their liquor departments roped off. No drunken voting in Mexico! Most of us live in blissful ignorance as to what the election issues are. We can watch the actual campaigns without feeling a huge investment in the outcome, even though the outcomes will impact our lives in ways we cannot yet imagine. As with any election, there is much hope for positive change. Yet the proof will be not in the election results themselves, but during the time that follows. We see if Mexican politicians can keep their promises any better than any other democracy.

Wouldn’t it be wonderful if the USA could institute campaign reform of all sorts?   Especially in the world of instant communication, I think it’s past time for the USA to learn something from our neighbors from the South as well as those in the North! We really don’t need to campaign for two years—a short season would be – paradise!